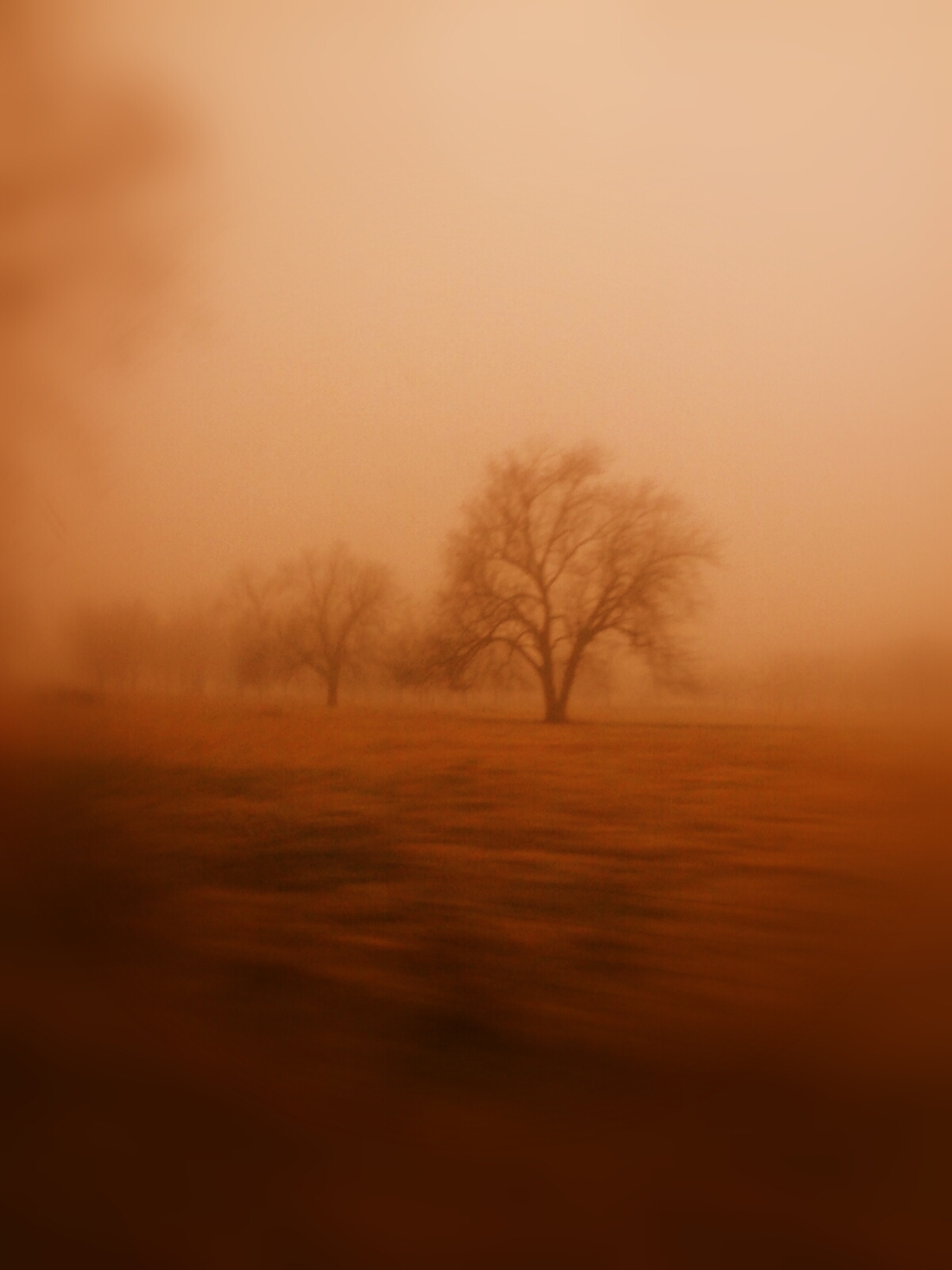 Do you recall, as a teenager, getting that new album and listening so many times that you had it memorized within two weeks?   I still do that.   From my earliest memories, although I wasn’t the one putting the LPs on the Zenith turntable, there was always music playing in the background.   Childhood was spent losing at Monopoly and cleaning house to The Sound of Music and Cinderella. I knew the lyrics for years before I understood what they meant, like a baby babbling. Broadway in particular has underscored the story of my life, giving turning points a Glee mashup feeling.   Well, mostly it is Broadway. There are a few notable exceptions, deaths: those are accompanied by folk songs. Don’t ask, I am not sure why. Even now, three months after the most recent loss, I find myself humming the refrain of Michael Smith’s The Dutchman—

Let us go to the banks of the ocean,

where the walls rise above the Zuider Zee.

Long ago, I used to be a young man

and sweet Margaret remembers that for me.

Childhood was overrun by many brothers and sisters and as such, was rarely graced by individualized toys. Books and music were shareable, communal gifts.   Our home was rich with these.   We grew up with Rogers and Hammerstein, Lerner and Loewe; usually the family fare blockbusters: Oklahoma!, Camelot, The Music Man.   I could always sing along with the movie, at first showing, because I had already learned the music from the soundtrack. Sometimes I was puzzled why the full songbook didn’t make it to the film. The cutting room floor was littered with songs to suit particular stars, disposable in the next iteration. Mary Martin’s numbers didn’t suit Julie Andrews’s voice. I would begin singing a known song only to bite my tongue in embarrassment, because no one else was singing—the story had altered.

No matter how long ago I listened, those lyrics still remain with me.   I have one of those freakish auditory memories: the songs, the symphony, and our arguments are all recorded note for note, word for word. Not a trait you boast of on match.com.

Preteen years were spent with my sisters singing out each role in Jesus Christ Superstar. I never minded singing Judas. He had great lines, such conviction. I listened in awe as the simple bible stories developed into much more complex relationships. Lyrics taught me there are multiple perspectives to a story.   The racy, exotic music of Cabaret fascinated me but was less regularly available, evidently dad never approved of that one. We could only listen when he was at work.   That was the benefit of having older sisters, vicarious rebellion.   I understood nothing, just sang along—

If you could see her through my eyes,

she wouldn’t look Jewish at all.

It wasn’t pretty music; it was visceral, immensely satisfying to belt out.

We transitioned to rock opera in high school for a bit as we were all “sensations” with Tommy. I developed a craze for old MGM musical scores. I saw that sometimes the dance was as important as the music.   That Gene Kelly kind of innocence ended at twenty when my friend died in a car crash.   She was just a bit older than I was, and I remember walking around Clarke’s Good Clothes: a salesgirl in a stupor. The radio in the dressing rooms played A Day in the Life, by the Beatles and irrevocably fused the song to the loss.   The moment crystalized. We weren’t even all that close, but hers was my first funeral.

The next year, my first gay boyfriend expanded my repertoire to cult classic, not-quite-family fare: The Rocky Horror Picture Show, Hair, and Chicago. I began borrowing soundtracks from the library: Showboat, Kiss Me Kate, and Porgy and Bess. I needed the music like a drug which was too dear for purchase. I couldn’t seem to get enough as I began college and crammed my mind with characters and ideas both real and fictitious. All of those facts needed to be kept in place with music. History was particularly easy to learn with a musical mnemonic. I found a song to fit any social situation and got a reputation as a handy person to have around the piano bar to boot!

My dramatic, breakaway twenties were draped in the banner of Les Miserables. Being a broke student, a single parent, my travails mirrored Fantine’s, catharsis mingled with connectedness. My life had been lived before, immortalized by Hugo, then set to music that could break one’s heart.   I found my daughter singing along as I had, not understanding why the” Master of the House” was such a funny but gross person, getting offended that they swore, but she wasn’t allowed. Even today,   I can “hear the people sing” as righteous youth barricade the streets and malls with hands in the air – “Don’t shoot.” We don’t seem to learn from history. We still get as fanatical and self-righteous as Javert and we still seek forgiveness and we still abuse power and the poor are always with us and sometimes they are tragic like Eponine, sometimes they are just awful, like the Thenardiers.

Mom’s sudden illness punctuated the transition to my thirties.   I drove to the hospital to sit with her as she died, singing with the radio: Leaving on a Jet Plane. No, I still can’t hear that song, twenty five years later, without being transported to the route to St. John’s.   I loved that song for many years before then, loving it by both John Denver and by Peter Paul and Mary.   I could sing it in my sleep and strum it on the guitar. I don’t any longer, I could, but I don’t.   I might still be a bit mad at mother for taking that one away, even though she had nothing really to do with it. We had sung with her at the hospital: Shower the People and The Circle Game. We had her wake before she died.   I can handle those songs, with a tear, but I can do it, just not—

Oh, dear! I must admit it. My thirties must be defined as the Disney musical years.   The Little Mermaid, Aladdin, Robin Hood, Lady and the Tramp, and Beauty and the Beast in the VCR on Saturday mornings, as I tried to sleep until 10 and let Hollywood do a bit of child care.   Oh, Broadway was still there, it just stepped down in prominence for a while. But, yes, I can “Sha la la la la la, kiss the girl” and I still think of Prince John as “the phony King of England.”   The daughter had to hit her teenage years to really go gaga over Phantom of the Opera, and then we sang together, cassettes in the car stereo, as I married and sang a little bit less around the house.

The forties, then fifties, segued into Into the Woods, Sunday in the Park, Sweeny Todd: ah, those edgy Sondheim years.   The individual numbers of The Lion King and Wicked begin to mingle, to become those lines that instantly connect me to my daughter (or is it my sister?) in the laughter of a shared memory.   Dad’s death was a little different, not unexpected at 81. He was old enough, if that is even a real thing. John Denver’s voice caught me by surprise the next morning on Pandora with Poems, Prayers and Promises. I hadn’t heard it in 35 years, and there it was, pulling me back and connecting me to that childhood when I still had a dad who had “a good life all in all,” and a mom, and that old friend, the Day in the Life friend.

When Ernie died in September, my margarita buddy, my colleague, my friend, the song just planted itself directly into my heart. I sought out different versions on YouTube as if there might be a different ending for The Dutchman.   As the shock of a sudden death wore off, I began grieving his family’s loss. His lovely young widow whose adored little girls would little remember their dad, a bit perhaps, but not fully. They didn’t have him until he was old enough. That folk tune which speaks so tenderly of growing old together filled my waking thoughts. I cried for the years they would not have, his Margaret would not hold his arm through the unforgiving streets, nor would she blow the candles out.

I still sing my musicals, in the car mostly, or while gardening; it never hurts the neighbors to be introduced to Can’t Help Lovin’ that Man of Mine or People Will Say We’re in Love. My own love doesn’t mind my larkish tendencies, but he listens to This Old House indoors and his rock and roll radio in the garage. Singing Broadway brings me joy, rejuvenates my soul as I breathe in life to hit the high notes. Every now and then, I turn on the folk tunes and don’t sing. I just listen and remember them.