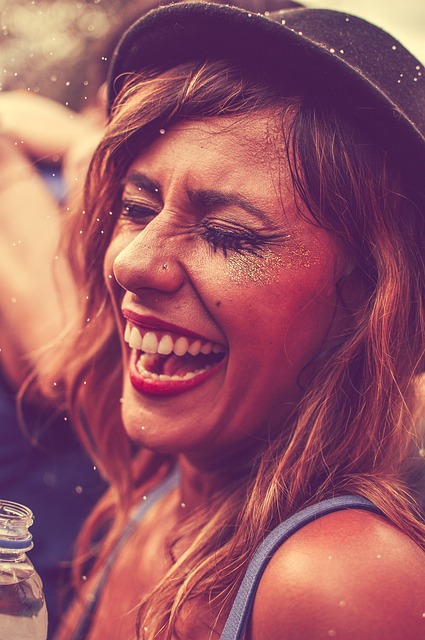 Winnie’s nose burned even before the door was opened. Her eyes and throat stung from the harsh air around her; she’d never taken kindly to cigarettes. Without a thought she raised her hands to smooth her hair, but June pushed them back down with a reprimanding tsk.

“Nuh-uh, look too polished and they won’t let you in. You’re trying not to pass, remember?”

“Won’t they know since I’m with you?” Winnie felt her pulse thump beneath her temples and in her toes.

“With us or not, you’ve gotta look the part. Gotta look like a fag.” Winnie must have shown her distress, because then June said, “Hey, we’ll fix you up once we’re in, all right?” Winnie nodded.

The scratch of sliding wood turned their attention to the door and a square hole let out the sound of life inside. All they saw was a pair of beady eyes. The eyes surveyed each of them, and with each passing second Winnie felt the fabric under her armpits grow damp. The words exchanged between the eyes and Jackie were lost on her ears, her attention nervously fixing on all the places she felt her blood pumping: temples, toes, ears, chest, loudest where her fingers fused with June’s. She only fully remembered to breathe once the door was opened all the way.

Hazy figures were dim even as they slowly came into focus. Winnie’s wide eyes slowly relaxed, but even then it was still dark, darker than she’d expected. Something about the lights lit the atmosphere in a peculiar way; white garments and teeth glowed white-blue and the air seemed to be a sort of purple. Bodies were everywhere, some mingling and some moving with the beat. Winnie had to blink and remind herself to breathe just to keep herself on both feet and upright.

Winnie squeezed June’s hand tighter as the older woman led the younger girl through the mass. The restroom was a new beast to adjust to. Winnie’s eyes watered at the stench and the thick wettish air turned her stomach. Her throat bobbed beneath her skin when she allowed herself the occasional small gasp. But just like June promised, it grew easier. Not easy, exactly, but easier.

June pulled various products from the small satchel at her hip, pausing every several seconds to lift the strap where it wanted to fall from her shoulder. A touch more shadow, lipstick to layer over the hasty smearing they’d done before, and the two sets of lashes Winnie’d bought just for tonight. June applied it all with skill and care and the ritual helped to calm Winnie’s nerves.

“And let’s not forget,” June said, and with a laugh in her eyes she fluffed and smoothed the dark kinky locks that ended bluntly at Winnie’s shoulders. She held up the compact for the girl to see and Winnie’s reflection glowed even in the eerie green light.

“Thanks, Mama.” And in one of those rare moments, Winnie believed it to be true.

The girls walked arm-in-arm out into the club and it seemed just a little brighter amid the pitch black walls. Winnie grew restless with want, to experience everything all at once. Her eyes flitted from the dancing crowd to the bar crowd and to flocks of folks socializing and to the mysterious patrons quiet along the walls. Winnie was pulled from her reverie when June’s arm slipped to take her hand, and then she was twirling her round and Winnie was laughing from her belly. They danced a while longer with no seriousness about them, swaying and bouncing until the moment passed.

“I want a drink,” Winnie said, thumbing the tickets she got at the door.

“That’s my girl,” June said and pulled her back towards the bar.

The watery booze tingled and soothed Winnie’s throat all at once. She turned to follow June, but they were stopped short by Jackie, Bette, Danny, and an unfamiliar face. Her friends and the stranger, clearly not a stranger to them, caught up with June and the group launched into lively chatter.

Winnie could not pull her attention from the group’s newest addition. Her eyes narrowed into a slight squint as she surveyed the stranger from top to bottom. The blonde hair that reached up to heaven was surely a wig, for she’d never seen such a pale shade paired with such a dark complexion. Big and bright as it was, wide mint-shadowed eyes and plump ruby lips weren’t lost under the ‘do. Such vivid colors were otherworldly in contrast with that deep skin. She looked back at the eyes, big and round and dark and deep and familiar. How were they familiar? This wasn’t the kind of person one forgot. Winnie was tracing the sharp lines of the stranger’s cheekbones, jawline, collarbone, when—

“She’s not like you,” Danny said in her ear. She flinched out of her trance. “Well, not really.” His eyes danced with amusement at the startled girl and Winnie felt somehow exposed.

“She doesn’t wanna be a she. Not all the time, anyway. Just for fun, for show. She’s a queen.”

Winnie stole another glance and it all at once made sense. A queen. Her vacant nod queued Danny’s departure and the boy floated away to steal a dance partner.

Of course she’d heard of queens, and she’d met a few but they were dressed like boys at the time. They only dressed up at night and Winnie was never really around at night. She was too young to go out, especially the way she wanted to go, as herself. She’d convinced June to convince the others that they could be careful, it’d be okay, just this once.

Winnie tuned in to listen and the queen’s deep voice was enchanting, an alien tongue, a song she had yet to learn the words to.

“And who’s the doll?” All the air left Winnie’s body when the queen’s attention settled on her and she could barely manage to part her lips.

“She’s a bit timid,” June said with a kind laugh.

“Winnie,” Winnie said finally, and managed to return the smile the queen offered her.

“Thank you,” Winnie said. Her feeble smile had grown radiant and the queen wore a mirrored expression.

“Don’t be saying that too loudly, now,” Bette warned.

“You are a baby indeed,” the queen said.

“I’m sorry, I didn’t get your name,” Winnie said. She bit the inside of her cheek, a comfort she’d had since childhood.

“I’m Opal, honey. But if you meet me tomorrow I’ll be Oscar,” Opal said and winked at her. Winnie released the flesh from between her teeth.

“Lovely to meet you, Opal.” The name felt soft and full on her lips. Opal smiled in response.

“Good idea,” Jackie said, and she took Bette’s and June’s hands to pull them into the crowd.

“Dance with me?” Opal asked Winnie with her open palm between them.

“I’d love to,” Winnie said and slipped her hand into Opal’s.

The music had an up tempo and Winnie looked at Opal oddly when she pulled the girl close to dance slow. Opal showed her amusement and began to lead.

“How’d you find this crowd?” Winnie knew she meant her friends and not the club.

“They sort of found me, I guess,” she said. “Well, June found me and introduced me to the others.” And? Opal seemed to say with only a look; something in her eyes urged Winnie further. “Almost a year ago I left home. They hated me, I hated me, I just had to leave. It got to be late and cold and I went into the diner to warm up. The one where June works.” Winnie briefly paused when Opal smiled, and Winnie smiled too. “So June gave me a cup of coffee and then she gave me a home. It must’ve been meant to be. I mean the very night I left, I couldn’t believe it. Still can’t, really.”

“Divine intervention if I’ve ever heard of it.”

“I mean she was like my mother from the start, you know, she just understood. There’s something about her that opened me right up.” Winnie paused, then laughed softly as she looked down at their dancing feet. “I guess you’ve got that something about you, too. I’m sorry, I’ve barely let you get a word in.” Winnie didn’t see the smile on Opal’s lips but felt herself being spun by her. She twirled an arm’s length away, and when she was brought back in her back pressed snuggly against Opal’s warm body and the soft pads accentuating it. She was guided back into her original place and this time she looked up at Opal.

The two danced through a pause in conversation and Winnie absorbed the sensation of life booming around her, though her mind never fully left the square of their two bodies. Opal repeated the same pattern of spinning Winnie out, then in, then back to center before speaking up.

“You know, Winnie, you know the great thing about being queer? You get to choose your family, and your family chooses you. There’s never a question of love; love is everywhere. And I’m really glad Mama June found you, baby.”

“Do you have family, Opal?” Winnie asked.

“Oh yeah, I sure do,” Opal said and smiled warmly. Winnie chewed the inside of her cheek again and Opal let her hand go to carefully wipe a streak of wetness from her face. “You okay, baby?”