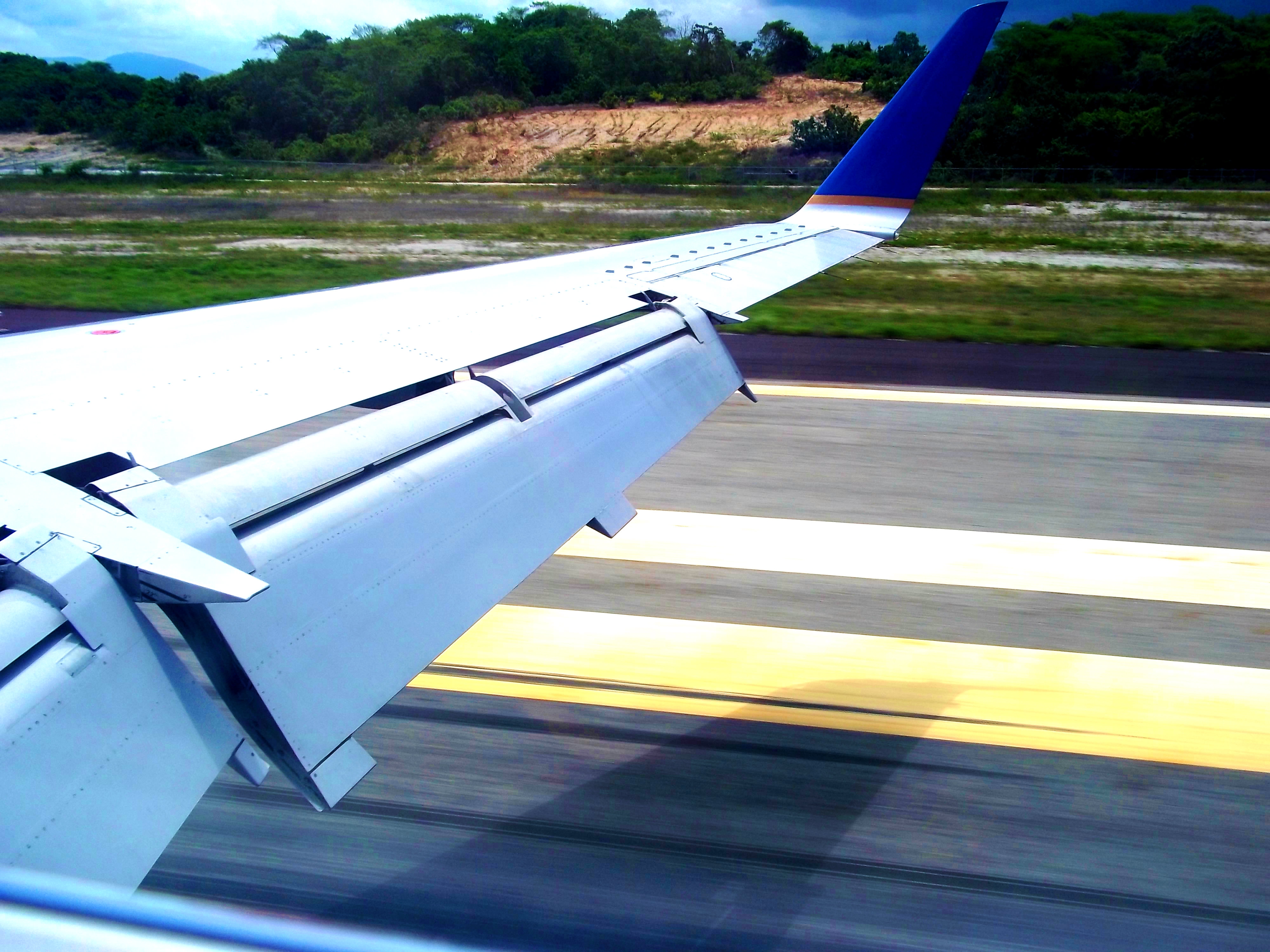 A Geography of Closets

I like to travel. I relish the peculiar sights and sounds of a locale that reveal the world to me. They linger in my memory like treasured keepsakes: The exuberant song of a gondolier as he ferries a bride and her attendants along a canal in Venice to the tiny church where her bridegroom waits. My first glimpse of the Mona Lisa over the tops of heads in a crowded Louvre gallery—how small she seems! The bone-thawing comfort of hot tea in a smoky London pub on a damp March evening. Tangy Italian ices in the shade of a lemon tree on the Isle of Capri. The blurred image of coconut palms through the windows of a hot and crowded rattletrap of a bus as it speeds along the sixty-mile trek of bumpy coastal road between Georgetown and New Amsterdam, Guyana.

Journeys like these delight and inspire me, yet some of my favorite destinations have been my closets. I’ve lived in thirteen houses in my lifetime, so many I’ve forgotten addresses and zip codes. What remain mapped in my memories are the closet spaces within them. Pocket doors, sliding doors, bi-fold doors and hinged doors; shelves, rods and hooks; shag carpet, pile carpet, and wood strip flooring. The closets of my life have come in all sizes and shapes, have held as much junk as treasure. They’ve yielded as many revelations as any European tour; they’ve given me space to find myself and be myself.

My love affair with closets began when I was small. The house I grew up in had a walk-in closet, which was something of a novelty in the early 1950s. The walk-in opened from the room that served our family alternately as a bedroom and a den during the years we lived there. Even when the room served as my bedroom in junior high school, the closet was always a community closet.

I spent a lot of time in that closet as a kid. It was my secret hideaway, my playhouse, the reservoir of stuff, the repository of our family’s history. My siblings and I played often among the family odds and ends, and I invited friends to play there as well. It served as the principal’s office in our games of school, a beauty parlor for our dolls, and a private place for grade-school gossip. I also learned to enjoy moments of solitude, where life was uncomplicated and the landscape familiar.

A single, high shelf spanned three walls of the closet. The shelf was deepest along one side, just above the hanger rod on which hung out of season clothing and one floor-length plastic garment bag. Against the wall opposite the door was a chest of drawers. The shelf held, among other things, my mother’s hatbox, our board games, and boxes of photos. On the floor, in the far corner, my father stashed his photography equipment.

There were books lined up on the narrow shelf across from the clothing bar, and some of my earliest memories are of devising ways to reach them. My sister found me once on the closet floor with one of the books, doing my best to make sense of the marks inside. I didn’t understand until she giggled and turned the book right side up how far I had to go to unlock the secret code of books. Among the books were Dad’s copy of A Child’s Garden of Verses and a storybook he often read to me at bedtime, about ghosts and hobgoblins. A novel called Never Look Back sported a paper jacket with a skull and dagger on it that kept me awake at night, as I lay in my bed with the door closed tightly between us.

In the far corner of the closet, tucked back on the shelf out of view was a file box of photographs. Photography had been a passion of my father’s since high school, when he was an officer of the Photography Club. Later, while he was a student at Purdue, Dad worked part-time as a surgical photographer to earn tuition money.

Dad photographed surgeries, wounds and tumors, along with variously afflicted body parts. More than one depicted sexual organs, at least one a sexual act. How could my siblings and I know which were normal, which were not? We studied them with both fascination and alarm. Oh my God. Not that. Not there.

Sex organs aside, the photos ranged from mildly grotesque to sickening. My brother, sister and I were drawn to them like rubberneckers to a train wreck.

The plastic garment bag hanging on the clothing rod was filled with my mother’s clothes. There were woolen sweaters and shoes and an ankle-length fur coat. The fur was soft and dark brown, almost black. It’s the same coat my mother’s wearing in a couple of photographs I have of her during her courtship with my father in New Jersey and their early married years in Indiana and Ohio. One thing I know for certain: she never wore that coat in Louisiana.

When I was alone, I sometimes unzipped the garment bag and leaned in to inhale the scent of her. I sometimes slipped my hand in to touch the fur, to bury my fingers in its softness, and to rest my palm against the shell, testing for lingering warmth.

Her fur coat hung in our closet during the thirteen years she lived in Louisiana mental hospitals (the first thirteen years of my life), and Dad discarded it along with her other clothing after her death. I knew my mother only from visits to the hospital on Sunday afternoons, Christmas day and other holidays, from a few turbulent months in our home. Her fur coat was a relic from Before.

About the time I entered junior high, I stopped inviting friends into my closet. We were too old for Barbies, old enough to appreciate a little privacy. I’m an adult now—a grandmother—and I’ve learned to defend the private spaces of my life, untidy as they are with life’s debris.

My husband and I now have eleven closets. They harbor a host of memorabilia we’ve gathered over the years, but I see more than storage space. At least three of them are large enough for child’s play. We moved to this house six years ago, and our children have never lived here, yet there are closets filled with their things.

Our son left enough to fill twenty-five boxes when he moved to Texas for college: Boy Scout gear, band uniforms, school papers, assorted screen-printed T-shirts, and science fiction novels. In the years since, he has slowly assessed the boxes’ contents. He’s filled a few trash bags with things he finally conceded he won’t need and taken a few boxes with him to the home he shares with his wife. Their home was built about the same year that my childhood home was. They have only three small closets, so I don’t press the issue. We’ve threatened to give away his things, but he knows we don’t mean it.

Our daughter was more scrupulous when she last sorted through the boxes in the bedroom we call hers. Only half a dozen remain, including those with her piano awards and trophies, a spare blender, a stash of never-lit scented candles, and college textbooks. Taffeta and velvet prom dresses hang above the boxes. We have room for them. The shared memories they represent remind us that our children will always be a part of us.

Only this morning, I dug into the boxes in our daughter’s closet to find the hymnal she asked for a couple of weeks ago. Her father had already searched and come up empty—he doesn’t know our closets like I do. Next to it in the box was a Bible. Both are engraved with her name and graduation date. I’ll pack them up and ship them to her in California, where she’ll play a few of the hymns on her piano and slide the Bible onto a shelf for reference. In time, they’ll both end up in her closet where her son will someday discover them. I hope she’ll tell him a story about the person who inscribed the inside covers.

Someday, our grandson will explore the reaches of our closets, too, and uncover mementos from the family he’s a part of. I look forward to his discoveries and the stories I’ll tell him about the journeys his grandpa and I have made. I’ll show him the box of medals his great-grandfather brought back from World War II service; I’ll show him my grandfather’s college yearbook and the newspaper clippings from his boxing bouts. I’ll explain (if I can) why I’ve kept miles of wallpaper scraps from houses we no longer own and boxes of cancelled checks from accounts long-since closed. I’ll join in his closet adventures when he lets me, and leave him to his personal epiphanies—private sulks if he needs them.

For now, our border collie makes use of our bedroom closet as her home base. It’s her safe place, the place she goes when the house becomes noisy or cluttered with people. Her crate is tucked against the back wall, nestled between the hems of my floral skirts and my Sunday dresses, beneath my blazers and suits. It’s where she runs when a stray wasp or horsefly buzzes near the back door. It’s where she sleeps when the house is dark and quiet. Like a child, she takes comfort in the geography of familiar things.

A few months ago, while searching the bookshelf in my office closet for my tattered paperback copy of To Kill a Mockingbird, I discovered the journal I’d brought on two previous trips to Guyana, South America. I’d forgotten I had it. In it, I’d recorded my impressions of this beautiful but impoverished country: The ear-numbing roar of the Potaro River as it plunges over Kaiteur Falls to the canyon below, and before it dissolves into the rain forest of Brazil. The incessant itching and eventual bleeding of a clump of mosquito bites on an ankle that rested too close to the mosquito net a few nights before. The six-hour journey up the Demerara River on a pitch-black night in a wooden boat with nothing more than a flashlight and the distant glow of the Southern Cross and her sister constellations to guide us along our perilous course.

Somewhere over the Florida Keys last fall, on my way to Guyana for the third time, I reread these journal entries and I was reminded of my love for the Guyanese people. By the time we arrived in Georgetown, I was energized for the task ahead—speaking to a group of women about the dynamics of domestic violence. In the course of the week I recorded page after page of new experiences in my journal.

When I returned to Tulsa, I was both exhausted and invigorated. My journal, now filled to the end, sits on its shelf again in my office closet. My untidy closets—the unofficial atlas of my untidy life—received me and my latest travel artifacts with open doors.

It’s good to be home.