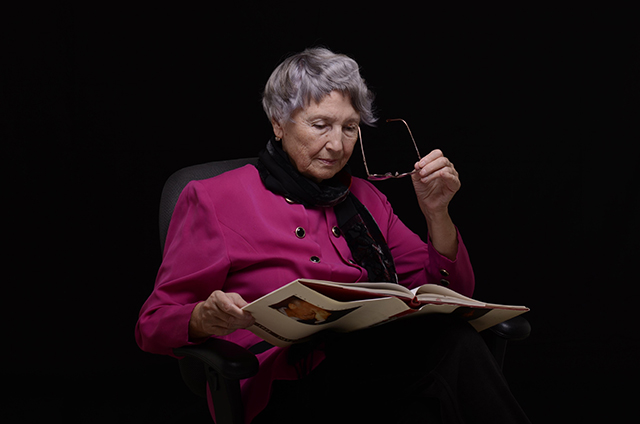 A Shelf of My Grandmother’s Books

She had collected the Harvard Classics too,
in their dark green faux-leather covers, but I
have chosen the other set, from a publisher called Black’s,
bound in red cloth embossed with black and gold,
Smythe-sewn spine, small print, and rough-cut pages,
because the editors’ quirky choices—
they sometimes get it right, as with Shakespeare,
Hawthorne and Ibsen, Byron, Dostoevsky—
but Bret Harte? And who the hell is Haggard?
But the randomness reminds me of her,
who without discrimination read
voraciously—romances, mysteries,
biographies, how-to books, the Bible—
often three books, or four, simultaneously.
Intelligent but from hard times, she’d never
been to college, though she dreamed of it,
wanted to write, took a correspondence
course in writing children’s stories, assignments
picked out on a little Olivetti,
sent in by mail, and then her anxious wait
for the reader’s letters, her certificate.
She and I sometimes got on, sometimes
not so much; she made the move “back home”
when I was an independent teen,
not wanting all the attention she longed to give me.
Only later did I want to hear
her stories, and by then, it was hard—
her hearing had been badly damaged when she
worked on radios during the war, and a plane
took off unexpectedly when she
had forgotten her ear protection,
and her deafness grew worse and worse with age;
much later, an accident injured her eyes, and then
she become displaced in time, unsure
if she was speaking to me or to my father.
And then I felt remorse for my behavior,
regretful about what I might have learned.
Often I suspect that my love of books
comes from her, so upon her death,
the remembrance that I wanted was
a set of books reflective of the desire
for education that she always harbored.
Despite our conflicts and her flaws, despite
how she become impossible near the end,
I loved her, and I know she helped shape
the career path that I would take.
Perhaps her influence primed me as a poet.