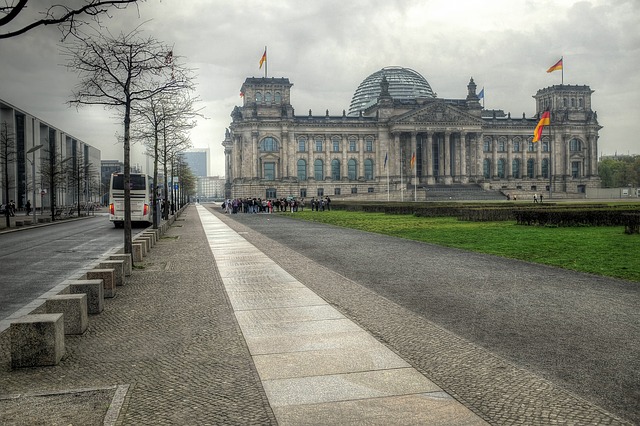 In Berlin, where you wore your beard long and your hair short, we did not talk easy. Often it was like this: a supplicant coming before some distant god, the Canaanite kind, black basalt watered with blood. I was older than I looked, and you seemed older than you were. You were our spokesman—your German was poor but mine was worse. The cranes stalked us like architectural vampires. It seemed impossible that the Reichstag was ever wrapped. The coffee was expensive but the cigarettes were cheap, and often we walked the night streets with no light but the red pinprick of yours, where silence was our anointed king. The beggars could smell the American on us, but turned away when they saw the calluses on your knuckles. The flaneurs could smell it too, pointedly turning up their noses at us, with their artfully knotted scarves, cultivated manners, and graceful carriage. This is the wrong place for that, you told them. Berlin is a city of rough beards, ironworks, stouts thick enough to chew, and black humors. It is no city for pretenses. They ignored you with careful Parisian dignity.  The poets spat into crowded alleyways and the philosophers jumped from scaffolds.