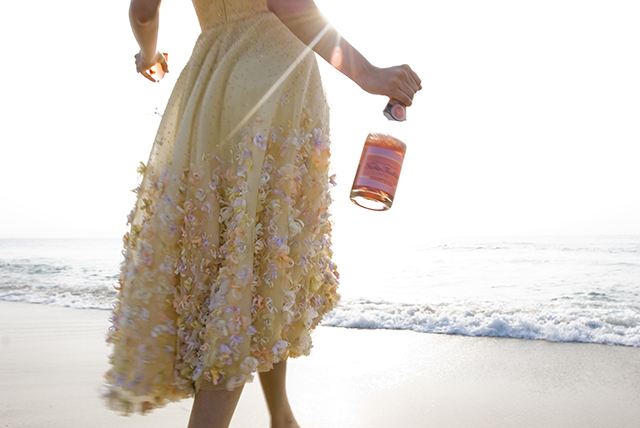 I had never seen pillars of marble so large and robust in my life. They traveled upwards into the night sky and stopped. There, the building grew taller, maybe to more than one hundred floors. I surely hadn’t ever stayed in a hotel this elegant. The doorman got the door then the bellboy got my bags and a man with a disingenuous smile greeted me. His eyes raked my figure. I found this funny considering he was the man behind the counter. The reservations were in order and I was handed my key.

“We wish you a marvelous stay, Mr. Regal!”

Green marble, black marble, and other minerals I was uneducated of painted the lobby’s floor and walls. Frescos embellished the ceiling. Persian rugs and ancient eastern sculptures surrounded a large fountain in the center. Inside the elevator was a highly polished chrome surface where no fingerprints could be found. Room five-o-four lay between five-o-two and five-o-six. I paused at my door and looked down at my key; “504” was engraved neatly in the brass with a red tassel flowing off the end of a skeleton key. I didn’t know hotels still used those. I turned the key and cracked my door when I heard a sound. It was the echoes of a party: people laughing, glasses clinking, and classical music blended together. In this moment, I wanted to turn and leave, but this was my room and it was my right to stay.

I opened the door the rest of the way and saw confetti falling on women and men dressed in ball gowns and tuxedos. They were moving with the music and the three-piece band in the corner looked pompous. My bags were already inside the doorway. The room itself, despite the unexpected party, was elegant, and even from the fifth floor the view was glowing. I wanted to make them all leave. They were accustomed to this lifestyle. I had made it this far by hard work alone. I began to walk towards them when a hand firmly grabbed my shoulder.

“Regal, my boy. I’m glad you made it alright. I was beginning to fret you had lost your way here. Did you bring a tuxedo, like I asked?”

The voice was familiar, and when I turned to look I recognized him as the man who had hired me. He had interviewed me and accepted my internship at his company. He had paid for this room, and these were probably his guests. He had told me after the interview that I reminded him of himself—that I had what it took to rise to the top. I was to start my internship next week and to take up residency in this very room tonight.

“Good,” he said. “Change into the tuxedo in your room, then come and find me.”

At this I was perplexed. I had no idea what was happening, but I did as he said. I went into my room (that was thankfully empty) and changed into my tuxedo. Upon reentry, I felt out of place; we were all dressed the same but I hadn’t been to a formal since prom, which was around two years ago. Everyone was drinking and I was three months away from legal age. I saw Mr. Henry through the cracks between dancers and weaved my way to him.

“I’ve been waiting for someone like you to come along for quite awhile now,” he said, shaking my hand firmly. “Someone who I know I can trust, deep down. Someone I can believe in and help, as I was helped.” He leaned in close to me. “We both know you aren’t like the people gathered here. They’re here because they knew that so-and-so was coming as well. They looked forward to making an appearance and show off their tailored clothes and gorgeous fiancées. Some are here because of who their parents are. But you’re here because I believe in you. You’re here with the knowledge that you can surpass all of them. In time, that is.”

My hand was still tightly clasped in Mr. Henry’s. He spoke in a stately manner, as if he meditated on the words before he spoke. I could tell they came naturally to him and flowed off the tongue after years of practice. I was speechless. I felt honored and humbled, yet still angry that these people were here in my room.

“Thank you, sir,” I said. “I didn’t expect to attend a party tonight. What is the occasion?”

“You’re the occasion, Regal. Every time I welcome someone new to the company I enjoy celebrating their arrival.”

“Please, call me Henry. We all go by our last names. It’s only a formality. Have some champagne, Regal. It’s all for you.”

This night was full of first-time experiences. Henry handed me a glass of champagne and I took a sip of that bitter stuff. Then a man I had never seen before approached me.

“Hello, Regal,” he said. “I’m Baxter. Are you enjoying your studies at Dartmouth?”

“The semester just came to a close when I got hired by Henry. Overall classes have been enjoyable but a little too easy.”

“Not all are as bright as you, Regal.”

“What is it, Baxter, that brings you here tonight?”

“I was invited here at the request of Henry.”

“And how, Baxter, did you know I was attending Dartmouth?”

“It’s in your file, Regal. This party is for you. Would it not be rude if I didn’t know you and attended your very party?”

“Well, there is some sense in that Baxter,” I said. “Please excuse me.”

I turned away and closed my eyes. It all felt so fake. It was fake. These people were here to see me and I knew no one but Henry. It felt like an experiment, like Henry was testing my wit and composure by exposing me to this dim lifestyle. I had to remain calm. Looking around me, I noticed that everyone held a glass of champagne. Maybe that would do the trick. A butler-esque looking man stood behind a bar pouring drinks. I approached him.

“I’ll take a glass of champagne.”

He handed me the glass and gave me the same smile the man at the front desk had given me earlier. A woman approached me and asked to dance, which felt kind of backwards. I said yes, and she swooped me to the middle of the room where we began to waltz. We were unnaturally close and she was strikingly beautiful. She stared into my eyes and didn’t say a word. Her expression looked aroused and I felt awkward. She whispered into my ear that I looked handsome and she, too, knew my name. I whispered to her that she looked heavenly, trying to sound corny. She seemed to take it as the greatest compliment ever given and she pulled me tighter.

The song ended. I thanked her for the dance, then approached the bar for more ’62.

With champagne in hand, I turned and examined every face in the room. They took peeks at me and when we met eyes, they smiled. The only person seated in the room was a girl, probably nearing my own age. She was staring at the floor. I felt my heart sink when she looked up at me and gave no smile. She was more beautiful than the dancer—perhaps the prettiest girl there. After one more ’62 I made my way to her.

“Are you enjoying your party? It’s been in the works for weeks. Now you’re here in the spotlight.”

“I didn’t expect it at all. What is your name—”

“You don’t seem to belong here,” she said, once again she cutting me short, “and I don’t wish to be here.”

Mr. Henry’s booming voice cut in. “Regal, is the ’62 to your liking? It’s from my personal collection.”

“It’s very good, Henry. I’ve never had champagne quite like it.”

“Is that so? I saw that you shared a dance with Miss Young; she’s taken quite a liking to you.  She also has recently modeled for Herman Boyeur’s new fashion line.”

“There are plenty to choose from Regal. Remember, they’re all here for you.”

I smiled at this thought. For the first time that night I felt comfortable in my new home. I looked around and felt dignified. I remembered the sad girl and knew I had to cheer her up. It was my party and she was my guest. Behind me, her chair was empty. I searched the dancers and she was not there either. The discomfort came back to me and I got more ’62.

More people approached me and they all knew my story. Everything in my interview and a little more was on the table. I learned of different countesses, actors, businessmen, and financers, some present, some not. The last names became a blur and the ’62 lightened my mood. More dances were shared, and the women’s faces looked better and better. In the back of my mind the sad girl and her lonely expression was all I could think of. What did she mean in saying couldn’t leave? I went to my lavatory for the first time and it was as big as my old apartment was. Then back into my bedroom and there I found her.

She was lying on my bed, naked and asleep. I couldn’t believe my eyes. It was as if an angel, at God’s own request, was lying there on my bed. I shut the door behind me and the echo of the party stopped. This woke her from her sleep and she looked up at me calmly. I knew that my guests would miss me if I was gone too long, but this room was mine. I remembered what Henry had said in a fatherly manner: They’re all here for you.

She was different from the rest and that’s what drew me to her. I wanted to make her happy. She smiled at me. I blushed. Like a pillar of red granite I stood there. She was too heavenly to defile and it seemed too good to be true but her veracity was present in that room. She laughed, probably at my expression and gestured me forward. I sat on the edge of the bed and she wrapped her arms around me. Chills were sent through my blood and every hair stood on its roots. Then a knock at my door came and my stomach lunged. I leapt from her grasp.

“Why are you in here?” I whispered.

“You’re the famous Regal. I want to get to know you better.”

“I’m sorry to disappoint you,” she said sadly, pulling the covers over her head.

No reply came from beneath the sheets so I pulled them off of her.

She looked up at me. “I’m known by several different names,” she said. “But my father calls me Miss Henry.”