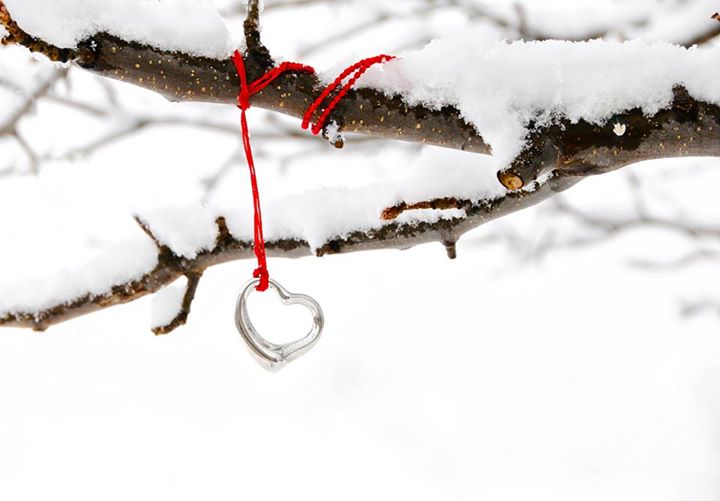 A year ago, Jay Lewis moved back to Oklahoma to be closer to his wife, who had left him. But as far as he was concerned, he was still married.

Jay suddenly awoke one morning in bed. His stomach tickled with excited flutters that he couldn’t explain. Still in a twilight state of mind, he licked his mouth, tasting an icy liquid on his lips. When she still lived with him, Sarah told Jay all the time that he drooled when he slept. But this didn’t feel anything like drool. This was something else. It almost felt like he had been kissed by a snowflake.

He wiped the strange residue from his mouth and stretched out in bed, wondering what he would fix himself for breakfast. The thought of bacon and coffee made him forget about the strange way he woke up this morning.

Even though his room didn’t have any lights on, its walls were brightened up by the white shine from the snow’s reflection outside. Jay yawned, looking out the windows at the icicles dangling off the rain gutters. He sat up and lowered his feet to the floor, but he jerked his feet off the carpet when the tips of his toes brushed the floor’s surface. It was all wet.

“Dang it, Bandit!” Jay automatically assumed his dog had peed on the floor. “Bandit, get in here!” He pictured his cute little white dog slowly creeping into the bedroom with his back hunched and his ears sagging low—his classic tell for when he pooped or peed in the house—but Bandit didn’t show up. “Bandit. Come here. Bandit?” His dog always came when Jay called for him. This time he didn’t.

Jay got out of bed and walked over to the mirror to wince at his morning portrait. His bed hair spiked out in so many wacky directions, making him look like a bizarre anime character. As he combed out the mess with his fingers, he froze. His mind was struck with a sharp thought. Jay had forgotten something today. He had no idea what, but it was something important.

Opening and slamming drawers, he tried to find something in his room that could trigger his memory. The idea that he was forgetting something kept nipping at his brain. He closed his eyes and stood still in the middle of the room to think. Nothing was coming to mind. An aching, knotted up feeling burrowed in his gut. Even though he couldn’t put a thumb on what it was, he knew it was something that he shouldn’t have dared forgotten.

When Jay opened his eyes, he noticed a trail of small pools of liquid leading out toward the hallway. They were the same size as the puddle by his bed. “Bandit!” he yelled. “You pissed all over the house!” With another call of his name, Bandit still hadn’t made an appearance.

Jay grabbed a dirty towel that was hanging off the side of his hamper, so he could clean up all the pee. He lowered down to the carpet and, before using the towel to soak everything up, Jay studied the watery pools a bit more. Nothing was yellow like what he thought it would have been. It was all a clear liquid that had soaked into the carpet of his bedroom. The puddles eventually led out onto the hardwood floors in the hall. The hardwood floor showed off their true shape. They looked like footprints.

Jay craned his neck out like a giraffe to see if these watery prints continued down the rest of the hallway. They did. He stood up and followed their course into the kitchen. His eyes soon left the floor when he felt cold air lash at his cheeks. His focus soared toward the back door of the house. It was wide open.

He gulped, firmly remembering that he locked that door last night. If someone robbed his house they either did a crappy or excellent job—nothing looked missing and nothing looked stolen. If Sarah still lived here she would already be clicking the safety off on her handgun that they had hidden underneath their bed. She was the strong and brave one. Now that she had left him, Jay didn’t have a gun in the house anymore. Now he wished he did.

The watery footprints trekked for the door, looking more icy and solidified the closer they were to the winter wonderland outside. Through the open door he saw the most unusual snowfall he had ever seen. The quarter-size flakes looked like hundreds of white fairies waltzing in the air, disappearing like puffs of white smoke as they crashed to the ground.

He looked over the tracks in the snow outside. The footprints he saw were not left by shoes or boots. They were left by bare feet. He could see the distinct curve of the heel and the individual toes indented in the snow. “What crazy person would walk in this snow with no shoes on?” he asked out loud.

The footprints aimed into the woods behind his yard. And there by the tree line, not making a sound and sitting perfectly still, was Bandit. His white dog looked behind his shoulder at Jay, showing off the large black patch of fur that covered his eyes, as if he were wearing a robber’s mask. He soon whimpered that sad sort of dog sound that could easily make any human feel weak.

Grabbing his coat on the couch and stuffing his feet into boots, Jay met up with Bandit by the start of the woods. He kneeled down to rub his head. “Are you okay, Bandit?”

Bandit innocently blinked a few times before slowly starting into the woods along the same path the footprints were going. Jay immediately followed.

The woods sounded eerily still as they followed this secret trail. The snow didn’t even crunch under his boots. They had come to a small embankment when it hit Jay where he was going. His heart panged, wondering if this all was some unnerving coincidence. He didn’t think so.

The trees opened up to a beautiful white field of snow with tombstones perfectly in line with each other. A confused and wonderful feeling came over Jay as he and Bandit started to run to the end of the footprints’ trail. “I know where the footprints are leading us, Bandit!” He then began to laugh, feeling as if he were a kid about to get his first kiss on a Ferris wheel.

His heart was pounding as he approached the last footprints in the snow. Bandit had gotten there first. There it was. The tombstone.

The mystery was unlocked. Today was Sarah’s birthday. It got to be an inside joke between him and his wife about him forgetting her birthday. Jay kneeled down next to Bandit by the headstone. He touched his mouth, remembering the feeling of a snowflake on his lips when he woke up. “She kissed me last night…to remind me that it was her birthday.”

A year ago, Jay Lewis moved back to Oklahoma to be closer to his wife, who had left him. But as far as he was concerned, he was still married.