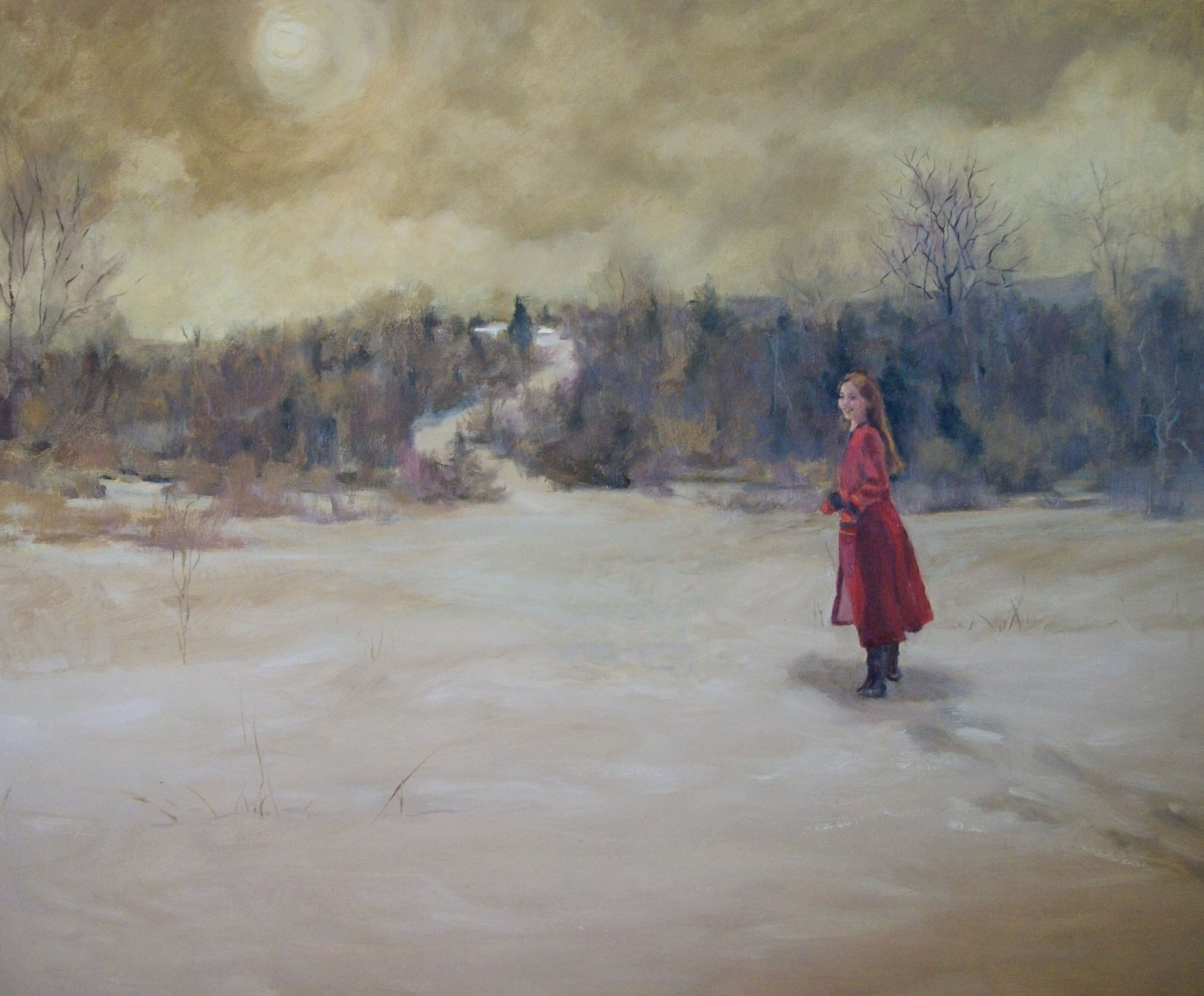 He blinked. “Jones. This is my first time.”

“You’ll be fine.” I turned to Tricia at the piano. “You have his music?” She shrugged.

Cicero frowned. “No, you make me bleed.”

Larry kicked me under the table. I kicked him back.

“Whenever you’re ready,” I said to Cicero and smiled. Cicero untied the rolled bandana that served as his belt, hitched up his blue jeans closer to his armpits and re-knotted the bandana. He was that thin. Skeletal nearly. He cleared his throat, opened his tiny hole of a mouth, and emitted a squeak.

“Sure,” I said. Cicero nodded and took three giant strides backwards, Mother-May-I style, and put his hands on top of his head. He resembled a grasshopper.

Still holding his head, as if he might float away without the pressure of his hands, Cicero began a series of grunts, moans, sighs and quiet howls that, even run all together, could not be forced into a known rhythm or recognizable Western melodic form. Or Eastern, for that matter. Larry kicked me again, and then excused himself from the room. Cicero continued, his face pale, the overhead fluorescent light glinting off the quivering brown stubble on his chin. The words slipped from his thin lips without benefit of consonants, and his song, though probably written in the English language, was presently unknowable. I glanced at Tricia, who had been invaded by aliens, by the uncharacteristically slack-jawed look of her.

Cicero cut off his voice mid-shriek and lowered his arms.

“Right.” I swallowed. “Did you bring a monologue?”

“Don’ know about that, but I got something I wrote,” he said.

“And this is a monologue, from the play?”

“It’s the part where the two lovers are talking and get in a fight. Well, one’s dead so it’s her ghost. I’m doin’ both parts.”

“I see,” I said. “Cicero, is this long? Because I need to limit you to a minute – we have twenty more people waiting.” I pleaded with my eyes, my shoulders, even my hips, though he couldn’t see them under the table where they’d been spreading and protesting the hard metal chair for over two hours of auditions now.

He ran his large bony hand through his stringy hair and paced. “Well, I guess I could do, you know, like the last part.” He stopped and rolled his eyes, looked around the room as if searching for something essential. I was not hopeful it was the exit sign. He resumed his pacing.

“You don’t make it easy,” he muttered and then quickly turned, rushed to the wall, and grabbed a music stand. Dragged it back to the center of the room. Larry stuck his head in the door, and I locked eyes with him, sent him a clear SOS. He smiled and gave me a little finger wave before leaving again. I glanced at Tricia, who had crossed her arms over her plump middle and regained her human qualities. She winked at me. I was going to have to make a few phone calls and see if I could bring in some professionals to handle the lead roles. There was no one here I could begin to mold, let alone present in a production where people were paying for their tickets.

“Ready?” I asked, as Cicero moved the stand another six inches to the right and then back again to the left. He pointed at it.

“This here’s the tombstone. When I’m in the grave, I’m the girl, okay?”

Cicero lay in front of the stand, the soles of his mud-covered boots facing me. He crossed his arms on his chest. I could see up his nose. His nostrils were large and dark, like caves. He sat up suddenly.

“Please, just pantomime it.” His panicked face did not change expression. “Pretend. Play act.” I said and pinched my thumb and forefinger together and sniffed the air above them. “See?”

“Wait!” he said and jumped up, pulled something from his back pocket and placed it on the music stand, then lay down again. I could not be certain, but the slender gray object, about the size of a cooking spoon handle, looked like a bone.

Cicero began his play, and I found his audition sheet with his vital statistics. Listening to him, I surmised at sometime in his career at Kansas County High School, he’d been exposed to Romeo and Juliet because he was laying out his own tragic version for me, there in the Kansas County Community College band room – the auditorium being reserved for Miss Dicki’s Dance recital.

But I stopped listening to Cicero when he stood, grabbed the bone and held it over the grave, like a flower he would toss. It was obviously a bone, an animal bone I hoped, though frankly I wasn’t positive. One end was broken and I thought I could see blood, or something dark brown. What color was marrow? Cicero lay down again and placed the bone on his chest, crossed his hands over it. All the time he droned on and on, the lines as bereft of consonants, and therefore meaning, as his song had been. But I was mesmerized by the slender bone. Possibly a leg bone, from a rabbit. No, larger. A small dog. Cicero handled it lovingly, as if he’d carved it from the muscle himself.

At the piano, Tricia cleared her throat. She tapped her watch face and raised an eyebrow.

Cicero huffed towards the door.

“Just a minute!” I cried. He turned with a jubilant face and sprinted over to the table.

He stared at me, and then comprehension seeped into his features. “Oh. Yeah.” He placed the bone on my stack of audition forms.

I squinted. “Where did it come from?”

“Fell outta the sky. As I was walking in the building. Nearly hit me on the head.” He slid his skinny rump onto the table. “Do I get the part?”

“It fell out of the sky,” I said and glanced at Tricia who sat nodding, as if she herself had picked up a smooth tibia from the ground on her way in. She was going to pull one from her handbag any minute.

“I got plenty more,” Cicero declared and nudged the bone towards me with his finger. “Hawks drop ‘em.”

“Excuse me. Wait a minute.” I inhaled. “You’re telling me that you’ve had other bones fall… out of the sky? And land at your feet?”

Me, with my hard-earned four years of college and two years of Masters degree and my traveling Artist-in-Residencies—I’d never been the recipient of a bone from the clouds. I eyed Cicero and then the bone while strains of bluegrass drifted in from the recital next door. I pictured my hotel room whose windows overlooked the Wal-Mart. My room was neat, neat as a pin. Everything I owned nearly could fit in the battered duffel I stowed in the closet behind the complimentary ironing board.

Right then, I felt everything I knew could probably fit in that duffel as well.

Out of the hundreds of people I’d auditioned over the last few years on my grant, Cicero was the very worst. Truly the bottom of the barrel. I thought I should ask for more money. Maybe add a hardship clause to my contract.

Cicero jumped from the table and grinned at me through small, yellow teeth. “Do I get the part?”

“Exactly what part do you want?” I picked up the bone that had once been in a hawk’s talons and felt an overwhelming desire to smell it.

“Don’ know. What parts are there?”

I sat back, pointed the bone at his horsey face. “Are you familiar with this musical? The King and I?”

Larry traipsed through the door. “We’re running out of ti-ime,” he sang, “and I still have to dance, everybody.” He executed a single pirouette and skipped back out.

Larry may have been the hired choreographer from Chicago, but he wasn’t holding a skeleton piece meteored from the heavens. Further, what was his rush? We’d not seen one competent auditioner so far, and I had my doubts about the remaining twenty, kicking their heels in the hall. Time was something I would have in spades for the next six weeks. Talent was what I needed.

I touched the bone to the back of Cicero’s hand.

“The King and I is about a clash of cultures, one man’s desire to move his society forward. The female lead is a teacher, an outsider, who is appalled by the traditions of the King’s country, yet determined to teach them her ways … as she learns theirs.”

“Uh huh,” Cicero said. “I could be the King!” He ripped the bone from my hand. “Like I’d have this crown and a big, you know,” he said punching the bone in the air, “ruling stick!”

I panicked and thought he might keep his gift to me, of the bone. I held out my hand for it. He froze, and I should have been more casual because an understanding, and a cunning, I have to admit, crept into his eyes. Cicero was a different animal now, with his new knowledge of the depth of my desire.

He lightly tapped the bone in his palm. “It’s like you, coming here,” he said, and held out the bone just inches from my reach. To get it, I’d have to stretch over the tabletop, and I wasn’t ready to play my hand. I tilted my head back and looked at him from under my glasses.

“What about me?” I asked, cool as a cucumber.

Again, Larry waltzed in. “I’m taking lunch,” he declared and stomped out. Cicero gave a gummy smile and moved the bone closer. I cautiously took one end, and he held the other.

“Like that lady teacher, in the musical, wantin’ to change things,” he said, “but, like, gettin’ changed herself.”

He released the bone to my grip but I still felt the weight of him, there on the other side of that table. The weight of Cicero and Susie and Norman and all the others waiting in the hall, desiring to sing and dance of a far off country. Wanting to leave their boots, their fields, their barns and twirl in bright colored costumes on the glowing stage, in front of an expectant and admiring crowd. To momentarily be someone else.

I slipped the bone into my lap. Cicero opened his meager mouth, but I cut him off.

He whooped, a loud bray that startled Tricia off her piano bench.

“Cicero,” I called as he jumped and cavorted towards the exit. “Tell them. Tell the ones waiting. Everybody gets a part.”

I took the bone from my lap and pointed it at Tricia. “Take lunch,” I told her.

“I brought a sandwich,” she said and pulled a plastic sack from her purse. “I can split it…”

But I was going out for a walk with my bone. In the field next to the parking lot. I’d be watching the sky, hoping to get a part.