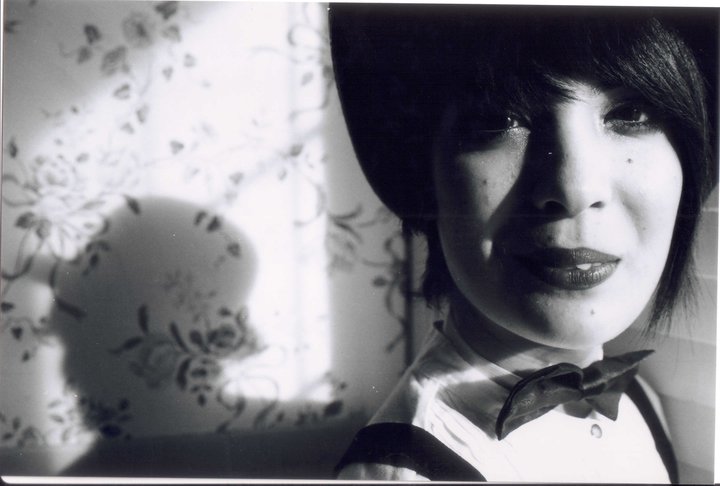 On Being Ex Best Friends from a Girl Made from Metaphors

Fuck, I wish this wasn’t nonfiction. I wish that this was some made-up person’s story. I wish that I was some character sketched up out of nowhere living a make believe life with make believe people whose problems were just stains on a page. But that’s not the case. This is real. Even worse, I’m real.

She was my best friend. She was there with me as I stepped off the stage during my kindergarten graduation and she was there in the crowd when I did it again, twelve years later. When people asked about her, I called her Daisy Buchanan. Because she was beautifully tragic, with confusion and indecision hanging over her like cherry blossoms. I had grown up with her fused to my hip. Our tears, our sweat, our blood were all mingled together, mixed and blended so much that we were confused to be the same person. Our subtle differences, my paleness and her freckles, my curls and her waves, went unnoticed and people saw us as one being. I wouldn’t be surprised if someone took me apart, bone by bone, and found her name carved in the marrow.

We became neighboring tombstones last summer. The masks of youth were ripped away as the loves that lasted throughout our adolescence crumbled to nothing. Both of us had our hearts ripped out and put in jars that became dusty over time. Both of us found ourselves with pill bottles in our shaky fists and red etched across our arms. We wrote love letters on the back of prescriptions. But in our free hands, we held on to each other. At least I thought so.

Thirteen years puked out and flushed down. Thirteen years burned up and snuffed out in ashtrays in houses we shouldn’t have been in. Thirteen years tossed away with condom wrappers and thirteen years swallowed whole with two sugars and cream. We outgrew each other, people would say. But I’m still here. Wherever here even is. And she’s out there, in his arms, surrounded by the skeletons from my closet, gibbering in a language I can’t hear.

She started to romance out of desperation, a deadly combination for a girl made out of china glass and Zoloft. He appeared from the shadows of my past, the dust of my high school years, and offered her his hand. He was a boy that had breached my social circles for years and he played the same charade every time. He was charm and money, dollar signs behind his thick expensive frames.But after time, the ruse wore away to reveal the horns hidden by perfectly windswept hair. The twist in his cruel smile peeked out from beneath his meticulously curled mustache. I warned her. I said don’t please don’t, because I knew him–I’ve seen his fangs before. But she did what she does best. She pretended.

So he hit her and shattered her porcelain skin into ruin. So he took her and left her with nothing but hollow insides. She would brush it aside, along with the inhibitions she had, and say it was her fault. That she brought this upon herself. She would douse out the fires of anger in her belly by telling herself that,in some way, she was worthy of being worthless. She would come to me, her eyes a cornflower blue with no starlight behind them, and the words she said tinkled like music box notes. Jarred, distant, and flat. I was in love with a girl who was a ghost. She was in love with tragedy, wine coolers, and shadows.

One day she broke. The cracks in her skin a little too big to hide anymore. She wept to me till snot slid down her face and her tears left trails in her makeup. She cried to me until her breath refused to come. So I told them. The people who knew us both, who had seen our blooming and wilting. I stretched out my hands to them, a beggar woman, pleading for them to help her. I removed the mask hiding the monster. I showed them who her romancer really was.

It was a crowd of fools who heard my cries. An audience of the deaf, staring blankly as I screamed for them. College friends who I had spilled out my insides to. Childhood friends who knew my DNA as well as their own. But they plugged up their ears with wax; I the siren, they the sailors. I was treacherous. Because believing a myth is better than swallowing a bitter-tasting truth.

She picked him. Aghast at my audacity, disgusted with my desperation, she chose him. She turned away from me, our matching tattoo hidden under sweaters that also hid the bruises blossoming on her arms. She turned away from me, away from the Polaroids pinned on bulletin boards. (Her and I dressed up as princesses toasting with orange juice in our stemmed glasses. Her and I with braces and babydolls on a walk. Her and I in photo booths across the country. The same two smiles in different lighting. The same two grins with different backdrops.) Away from the campfires of sleepovers spanning a decade. (Her and I cuddled up watching Norwegian horror flicks. Her and I making shitty sculptures out of modeling clay at one a.m. Her and I driving to camp in cemeteries and smoke cigars in comfortable silence.) Away from the postcards sent across the sea and back. (Her from France. Me from Chicago. Her from Scotland. Me from Alabama.)She turned away from all of that and took the hand of the devil because at least the devil is quiet when things get uncomfortable.

I saw her yesterday, in my place of work, walking the aisles of my retail store like a phantom. She had flowers in her hair, colorful little fake things tucked inside the gold of her curls. She wore that same predictable sweater she always wears, the one with the color that is so bland it doesn’t have a name. Her little employee badge pinned and sagging so that I couldn’t even see the letters. I ran to her, my body’s synapses having a mind of their own. Having her near me is something buried deep into my muscle memory. I pulled her to me, feeling the smoothness of her beneath my tattooed arms. She hugged me back, tightly, maybe checking to see if I was just as fragile as she was. My mouth opened without my permission and my secrets slid out before I could catch them and shove them back into my chest.

She did what she does best. She pretended. The blue of her eyes was a wallpaper to an empty room. Her white teeth little fences to her smile. She tried to patch up the holes I ripped with my clumsy feelings. She tried to sew up all the tears and holes I tore open. But I knew that one hand was patting me, saying things are okay, while the other hand clung to his cloven hoof.

And I know that I’m going to let her go. Because losing people has come to me as an art now. I can do it with my eyes closed and my hands tied behind my back. I can shut down my organs one by one. She’s seen me do it a thousand times to a blurred line of different faces. Like her, I excel at pretending. While she pretends to care and nurture, perfecting the worried glance of a mother, I’ve been doing a solo act. It goes like this: Turning away, smirking about the fickleness of feelings, and then giving out my shortest, crispest, meanest laugh to punctuate the end of it all. The lines come naturally, “I don’t need you.” But that’s only when I need lines in the first place.

It’s hard to replace her. It’s hard to fill up the entire galaxy she left behind with stars that can’t shine as bright as she did. But she’s just like that, you know? A star. I can look up in the blackness and see her, brilliantly burning above me. Yet in that inky black, light years away from me, she’s dead. Faded into a memory that I mistake for reality. A shell of a sun, haunting the atmosphere, waltzing between the planets and orbiting around me.

But she’s not even that. You can romanticize her as much as you want. Actually, she would love that. My Daisy. Always tragically romantic. She’s not a metaphor, she’s not an enigma, no matter how hard she tries to be. Every about her is measured to a tee so you can’t see the darkness lurking beneath. The darkness that I have known and embraced. It would Skype me when she was away at college and call me when she was alone. The darkness would be in her fingertip pushing at the back of her throat until she vomited her charisma away. The darkness was in razor blades she would tuck in her purse to cut away at the parts she didn’t like. The darkness was the lock in her door, the darkness was the silence on her lips. Like I said, this isn’t some short story about a girl I wove from fiction. This is my life and hers. All fact no fabrication.

The truth of the matter is, the cold hard truth, is that she’s this fucked up teenage girl who left me for an abusive asshole. She’s this screwed up young woman who can’t listen to reason because she’s too terrified of being alone. She was my best friend, and is the closest thing I can ever have to a soul mate, and she is tremendously and magnificently imperfect. She is a girl who pretends to be everything she is not, and the fact that I can see beyond her carefully crafted disguise makes her push me away until I am light-years away from her and her problems. And I am this stubborn, cold, and blunt girl. I am the person who can’t sit and watch. I am the person with so many raw emotions that even strangers know when I’m upset. I am the girl that can easily be described as an asshole and a bitch, because I can’t let things slide. So I didn’t. And because of that, she left me behind, back here on Earth as she floats on to places where people like me don’t exist.