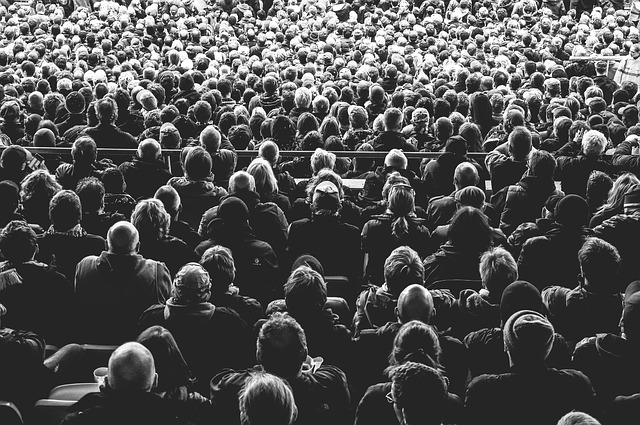 This Is Our Fault

The fact that I can scroll through the news every day and be all but guaranteed that a new high-profile shooting has occurred is pure torture.

We perpetuate a society where mental illness is treated as either a crime or remedied by a simple pill. Memories of abuse and severe trauma are left unattended to boil in the back of our minds while we shuffle through our demanding—albeit underpaid—jobs hopped up on every pill we can find to supplement our insatiable escapism in between reality TV episodes. We won’t ever be encouraged to work through our problems because you can’t put a price tag on healthy people. Afraid that someone will 5150 us, we hide our depression and anxiety to a point of isolation. We change our mannerisms and behavior to disguise the fact that we are slowly falling apart inside. Then, we laugh at the lunatic screaming at a shopping cart out in front of Wal-Mart because it makes us feel less crazy.

In this cyclical culture of fear and death, we immortalize names like McVeigh, Bin Laden, and James Holmes while little about the victims ever sparks our interest. We watch for teen pop stars to turn into train wrecks and hope for long-term, high-profile marriages to be disastrous. We click on links about murder, rape, bigotry, and racism, not to seek knowledge, but to drink up the controversy—to absorb the gore through our eyes. We let monolithic media hubs capitalize on this and feed us fattening spoonfuls of distorted facts being manipulated into sensationalist headlines. We still keep clicking because we are obsessed.

We suppress our children’s intelligence and curiosity by taking windows out of our schools and forcing conformity to standards and metrics that they barely comprehend. We tell them that because they don’t learn how we need them to, they need to do it all over again. We preach individuality, but only when it falls within what we consider culturally normal. We tell them that they are wrong even when they are right, because HEAVEN FORBID that they be smarter than ANY adult. We continue to defund music and art programs to pay for beefed up curriculum to pass state testing for grants and funds. Meanwhile, children and families get paper cuts from pushing fundraisers and collecting box tops just so that their kids can have a textbook or lunch. All of this so that they can graduate at 18 with little or zero knowledge about how to balance a checkbook, get a job, or otherwise survive in this world.

We allow ourselves to be fed like cattle. With corn and wood pulp fillers permeating our foods, we rely on cheese dust and sugar as our primary food groups. We let companies lie to us about our foods and their contents. Foods that cause obesity, can increase stress levels, can lead to heart disease or cancer, foods that depress and elate us and then throw us into irregular sleep schedules that cause paranoia and anxiety. Then we take a pill for that.

We shame people like Rachel Dolezal into oblivion. We mock them and make examples out of them. We hurl vicious insults on social media, make crude “tra**y this” and “nig**r that” jokes like it’s nothing. We are willing to drag people’s mistakes or differences out into the spotlight where we pick apart every word they’ve said, every accomplishment they’ve had and everything they’ve done until a sufficient label of “hypocrite,” “sicko,” “liar,” “bigot,” “thug,” “fruitcake,” “conspiracy theorist,” “feminazi,” or likewise is attached PERMANENTLY. We publicly stone people to death with our words, and sometimes actual stones. Then we tell them to kill themselves in the comments section.

We let our veterans, our homeless, our hungry, and our abused all rot in the streets. Our veterans struggle to find jobs or secure basic health care and our abused children run in and out of foster homes. We pass off the homeless as irresponsible drunks while we march to the nearest TGI Friday’s bar. We consider our downtrodden to be that way because they are weak, not because they were powerless in their own downfall or came on hard times. We put people on welfare, food stamps, and other assistance programs just below rapists and murderers on our morality scale with little thought as to what got them there. Humanity has disappeared and has been replaced with disgust and disregard for the suffering of man.

THIS IS OUR FAULT.

We are this way because we allow it. We are this way because someone told us “it is the way it is” and “one person can’t change the world.” We have been told not to question our government, but to be suspicious of our communist spy neighbors. We have had the American Dream preached to us since birth through tales of self-bootstrap-pulling and coal miners turned diamond moguls while children sit in overcrowded classrooms with their futures pointing towards prison as their only alternative.

The people alive today may have not created this disastrous system; however, we continue to fuel it. From birth, we are shaped by our culture and society. We are forced into a learning mold, penalized for stepping out of it, released into a world we know little about, forced to make big money for other people while we scrape by on the little money we make breaking our backs 40 hours MINIMUM a week. We do this for decades of our lives only to be chastised publicly and privately for every mistake we make, ignored when things are going good and silenced every time we ask for a little help. We let our system consume us with hatred, anger, suspicion, fear, depression, exhaustion—all of the above, so that it can keep churning out more darkness.

How can we really expect to move forward when we let ourselves be trapped by a failing system? We have done nothing but dismiss our “hose on the ground” society with a “what a shame” or “well look at that.” WE CANNOT MOVE FORWARD UNTIL WE CHANGE. We cannot evolve until we let our poorly constructed idea of civilized society fall away.

Until then, people will still be shot. Parents will struggle with explaining intruder drills to their kids. Minorities will still be treated as second class. We will pollute our bodies and minds with unnecessary chemicals and foods that deteriorate our bodies. We will defame innocent people. We will stifle individuality, praise fear, and ignore the suffering of others. Until then, this will continue to be OUR FAULT.

We must change—our survival as a species depends on it.