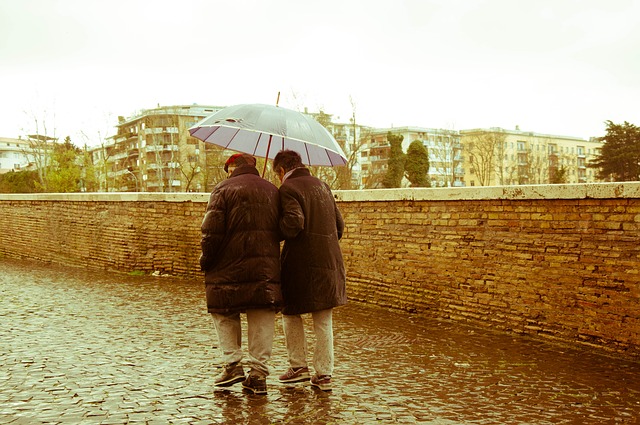 The Truth Behind True Love

We spoke in song titles, communicated via marker and mirror, and encouraged each silly aspiration. He knew when to hold me and when to back off. I knew how to make him smile on his worst day. He was liked by everyone because he was accepting, never judging. I would ask him stupid questions like what his superpower would be or what his favorite quote was. He would surprise me often, both romantically and casually.

One night I came home to a trail of red rose petals leading to the bed, which had a handwritten letter just explaining why he was glad to have me in his life and that he was sorry he had to work late that night. Our first date was on an empty golf course at about midnight playing football. We talked under the stars about stupid stuff, stalling that first kiss. When we kissed and I closed my eyes, it was like the stars were exploding. This dynamic attraction and care for each other lasted for more than 3 years, after which we started to make mistakes. We took each other for granted.

It is all of the great things that I remember most about my first love. I am not talking about my high school first love, because that was just a learning experience that taught me a lot and demanded that I build a tall, thick wall around my feelings. I am talking about the man who was able to crumble that wall with his laugh, his smile, and his company. I remember the day I finally admitted and truly knew that I loved him. I woke up after he had gone to work and decided to write it on a piece of paper. Instead of just giving it to him, I would take a picture of it on a disposable camera we had and he would be surprised after we developed it. I thought it would be great. We would go through all the memories of that film and then he would see that.

It didn’t happen that way. I left for New York for a week to visit my sister and he developed the film while I was away.

There was no hesitation; he loved me too.

Our falling out happened gradually, during our last year together. When I had finally opened my eyes enough to see him falling away, it was too late. I am not saying that he was the only one falling away; I am saying that for the first time he was not pulling me in. I did not leave him for another man. I moved in with a couple of friends and took on a busy routine of working overtime, CrossFit, and sleep. I had no motivation to do this; I was numb and needed something to take my mind off of him.

I didn’t know exactly why I was adamant about not going back to a man that had loved me and I had loved so completely. I just listed a bunch of petty reasons that seemed important to me at the time.  I see now what he lacked in my eyes that ended our relationship. He was perfectly happy being halfway done with school and continuing to be a restaurant manager. It seemed to be working out just fine for us. I had stopped pursuing my educational goals as well. I even started to not worry about being a server forever. We were happy with each other and didn’t need anything else. Except, I did. I saw myself as my mother—with no education, no job experience, and on the streets with children because he would go back to drugs. This was not an immediate revelation; it was a fleeting thought when I decided to accept reality. I realized that love isn’t enough to build a life on.

It took a lot of dating around to come across the type of person I could stand to be around. You see, my ex had spoiled me so much that no one else could compare. That had become the issue; I was comparing every man to my ex.

The beginning of my new relationship was very tough and had a lot of issues, but he was, I determined, who I wanted to be with. He has a degree, works out, has a house, has a car and a good job. He always has a new project to work on at the house and I am not the center of his world. I am part of his world, and he has become a part of mine. The communication is verbal and took some getting used to, and he always brings my aspirations back to reality rather than encouraging me to pursue them. Now I am back in school and looking into several career options. I have a good-paying job with good benefits and have lived in his house for more than 2 years compared to moving once a year to a new apartment since I was 18. There are memories we literally built in this house, and for the first time I have a place I call home.

Love is not enough, because this is not a fairytale world or a Hollywood movie. Attraction can fade, but respect and communication will build a solid foundation for a lasting relationship. Attraction is not love. You can be attracted to someone, but loving is a learning process that involves understanding each other’s flaws and staying committed when situations get tough. Love is portrayed by actions and acceptance of one another, which express more than a four-letter word.